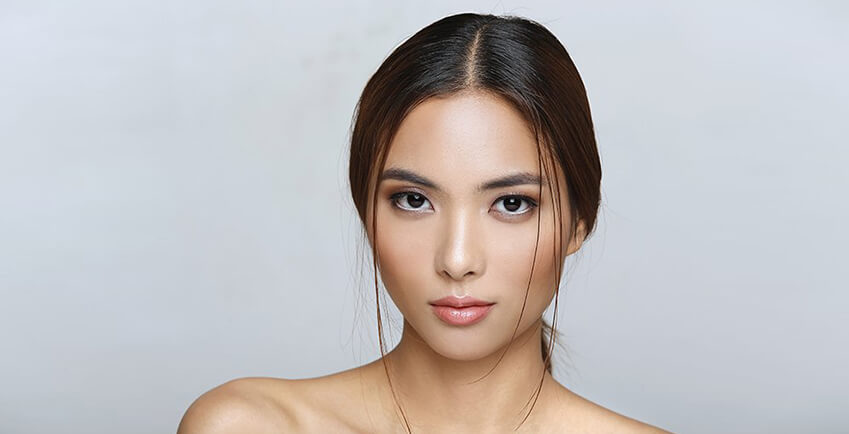 Asian upper lid blepharoplasty or double eyelid surgery involves a surgical creation of upper eyelid crease. This procedure makes the eye appear larger and more aesthetically pleasing. Similar to most of the eastern Asian countries it is the single most common cosmetic surgical procedure in the north eastern states of India.

It is generally believed that 50% of eastern ethnic Asians have naturally occurring upper eyelid creases. However, the height of the double eyelid-crease is usually less resulting in a poorly-defined double eyelids.

The distinct anatomic appearances of the ethnic east Asian eyes seen in majority of the north east Indian states can be as follows:

There are relatively prominent fats around the upper eyelid at the subcutaneous and muscular plane. The eyelid shapes among the east Asian population also varies greatly depending on the location and presence of the upper eyelid crease and/or presence of an epicanthal fold.

Double eyelid surgery appeals to both male and female patients. It is popular among young and old alike as the general perception has changed from a controversial procedure to a popular practice. Age related upper eyelid hooding can interfere with peripheral vision. Therefore, removing excess tissue from the upper eyelid in the form of blepharoplasty can markedly improve vision.

For some female patients the main appeal of having the surgery is that one can make better use of their eye shadows. Make-up tutorials which are a craze in the younger generation usually stress on the importance of layered eyeshadows which is impossible in mono-lid eyes.

Others wanted to get rid of their eyelid tapes and glues which they used regularly as part of their daily make-up. Tapes and glue may be harmful for the delicate upper eyelid skin and several instances of its adverse reaction has been reported.

This double eyelid procedure is usually done in an outpatient setting. Surgeon injects numbing medication into the eyelid which may produce mild pain otherwise the procedure is relatively painless. Bruising and swelling may occur postoperatively but generally subsides within 10 to 14 days. Scars from the suture site may take months to fade away.

Thus the goal of double-eyelid surgery is to create an upper eyelid folds which is consistent with the natural configuration to make the eyes fresh, youthful, energetic and attractive while maintaining the ethnicity of the patient.