Facts and myths about Gynecomastia 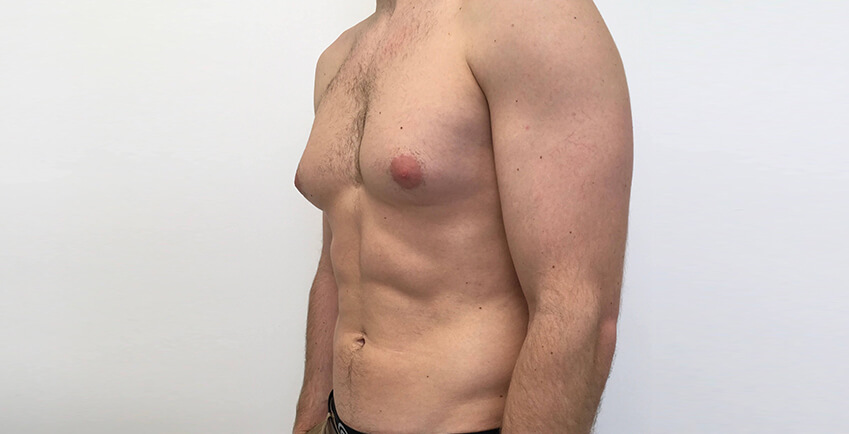 Gynecomastia is a common problem among the youth where they are concerned about a female like chest wall. It could be as small as a puffy nipple to a full female like enlarged breast. People are concerned as their self-esteem is greatly affected by it. For some it can be painful and tender. Of late more and more young people are coming forward for a solution.

There are many reasons for gynecomastia. Hormonal imbalance, which could be due to decrease in the testosterone ( male hormone ) level or an increase in the estrogen will lead to gynecomastia. Certain medicines like antidepressants, some antibiotics, medicines for prostate enlargement, acidity medicines and heart medicines are known to cause it. Endocrine problems like hyperthyroidism and pituitary underactivity can also cause it. Some tumors in the testis can also lead to it. But many are categorized as idiopathic as we will not be able to attribute a specific cause to it.

Once the diagnosis is confirmed, surgery may be the best way forward. The chest wall requires contouring as well removal of the glands. The surgery could be as small as just excision of the subcutaneous glandular tissue in puffy nipple to more extensive surgery. In moderate gynecomastia, liposuction of the chest wall with excision of glands with a small incision in the areolar region is done. In more extensive cases, the above combined with excision of a ring of skin all around the areola is done. In very large ones, breast reduction like in a female breast is done. Now a days, instead of just excision of gynecomastia, the entire anterior chest wall is contoured with addition of fat injection to the pectoralis muscle and submuscular region to give a manly look

Usually the procedure is done as a day case and drains are only rarely put. A pressure garment is used in the post op period. In case there is edema of the chest wall, massage may have to be done once the pain subsides.

There are a lot of myths associated with gynecomastia

1- Gynecomastia arises due to excess fat deposition in the breast region.

The fact is that true gynecomastia is due to breast gland development with or without an increase in the chest wall fat. There is an imbalance of the hormones testosterone and estrogen in the body. Estrogen (female hormone) is found in a small quantity in all males. When there is a decrease in the testosterone there is a relative increase in the estrogen level. A firm gland can be felt in the breast area. This does not decrease in size with dieting or weight reduction. It is also a fact that breast tissue does contain fat to some extent. Rarely the prominent breast is due to solely fat deposit. It is called lipomastia. Many obese patients have this as a part of global fat deposition.

2- All cases of gynecomastia require surgery

The fact is the adolescent population is more prone to this problem. Around 80% of them resolve spontaneously. It is best to get an endocrine evaluation ( Doctors who specialize in issues about secreting glands in the body) in them.

3- Eating fatty food and chicken can leads to gynecomastia

There is no evidence to prove that fatty food leads to gynecomastia. Phytoesterones or plant based estrogens can increase the chance of gynecomastia. It is known that chicken feed is having a high content of soya bean base. Soya has high content of phytoestrone but still there are no studies that prove the association with eating chicken

The exercises like bench press is done thinking that it can get rid of gynecomastia, but the it is not true. In fact, the pectoralis muscles can hypertrophy and make it more prominent

5- Gynecomastia develops on consumption of alcohol