What are the external female sexual organs?

The vulva consists of the external female sex organs including the mons pubis, labia majora, labia minora, clitoris, the vaginal opening and other organs. 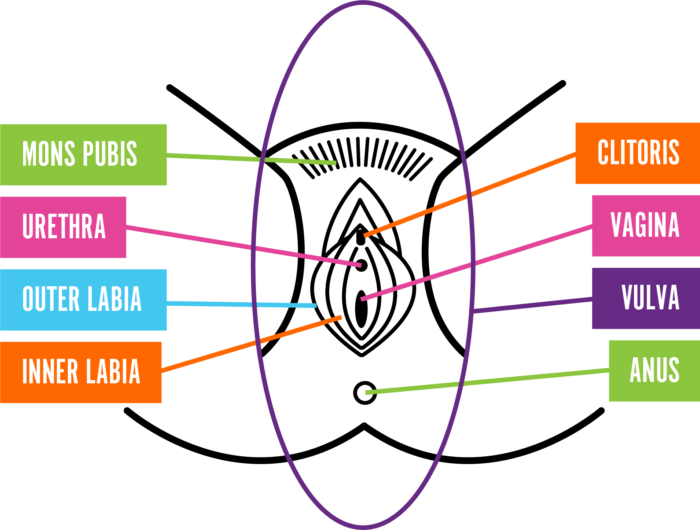 Is Labiaplasty a new procedure?

Vulval rejuvenating procedures are not new and have been performed for a few decades now. In 1978, The European Journal of Obstetrics and Gynaecology published the first ever paper on “Benign Enlargement of Labia Minora”. In 1984, Hodgkinson and Hait first described the procedure of Labiaplasty. In 1989, Ohio Surgeon, Dr. James Burt, the author of “Surgery of Love” was known as the “Love Doctor” for performing surgery to create an aesthetic looking Vagina by altering the vulval shape. In 1998-2000, previously taboo subjects such as Vaginoplasty and Labiaplasty were published as mainstream articles in womens’ magazines like Cosmopolitan, Harper’s Bazaar, and Marie Claire. In 2005, Dr. Alinsod, a Long Beach surgeon, designed the “Barbie” look, a smooth genital area with no visible labia minora. The procedure has now gained popularity worldwide and almost 56% of plastic Surgeons perform Labiaplasty.

Why do women wish to undergo Labiaplasty?

For some women, labia minora or inner lips that are longer than normal or have multiple folds can cause pain or discomfort during intercourse as they get pulled or tucked into the vagina. Other activities like bicycling or wearing tight clothing or bathing suits can also cause abnormal friction and rubbing. Some women complain about reduction in self-esteem and a feeling of insecurity during intercourse because of the unaesthetic look of the labia minora although they do not face any physical constraints. Some women with larger inner lips who face dryness, irritation, minor tears or chronic urinary tract infections may also consider Labiaplasty.

Only rich can afford/ opt for Labiaplasty?

The demand for the procedure has increased dramatically over the last decade or so.,
Though one would expect Labiaplasty to be far more popular in urban areas among the educated and well-to-do class, as awareness about the availability of the procedure has grown, even people from the rural areas bothered by the discomfort caused by enlargement of Labia minora are opting for the surgery.

I am worried that Labiaplasty may cause genital mutilation.

Mutilation of female genitals has been known for centuries in some parts of Africa but this is completely different from Labiaplasty. Mutilation involves cutting off the clitoris, the sexually erogenous part of a woman’s external genitalia to deny them sexual pleasure. Labiaplasty, on the other hand is a purely an aesthetic procedure to enhance the appearance of the labia minora and ease the discomforts faced by some women. There is absolutely NO mutilation here.

A woman will lose sexual desire/ sexual pleasure after Labiaplasty?

This is completely false. In fact, women who earlier had faced discomfort or pain because of the large labia minora leading to folding or friction during sex often report that after undergoing Labiaplasty, they experience more pleasure during intercourse with boosted self-esteem.

What are the common side effects/ complications after Labiaplasty?

Almost all patients are satisfied with the outcomes as far as quality of life and self-perception is concerned. The most common complication, which is itself infrequent, is minor wound breakdown (in around 5% of cases). Rarely, there may be under-correction.
To achieve the best outcomes in both functionality and appearance with minimal complication rates and maximum patient satisfaction, trained plastic surgeons inform patients about the potential risks of surgery, perform psychological evaluations (multidisciplinary approach), discuss realistic expectations and individualize the technique of surgery.

How long does it take to recover from Labiaplasty?

After the Labiaplasty, it takes about a week to 10 days to heal and recover. Women can resume intercourse and exercise in about four to six weeks after surgery.

About the Author: iaaps net